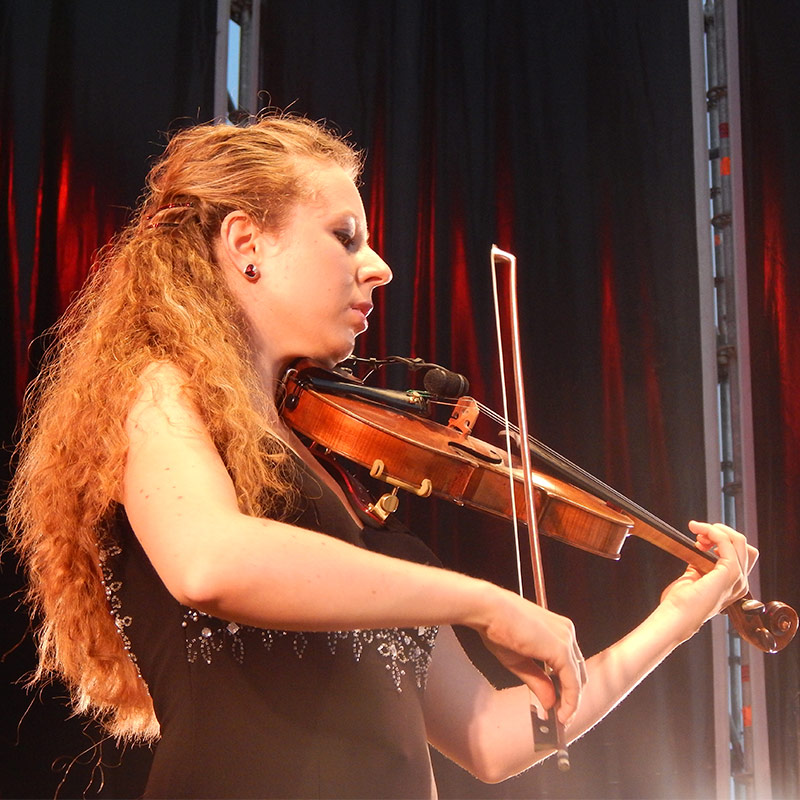 Born in Ukraine, Nataliya Borysyuk, she is considered one of the most virtuous and most international violinists of her generation. Trained in the Ukrainian violinist tradition, he graduated in 2009 with the highest grades and distinctions in the Mykola Lysenko Academy of Music in Lviv. He has received Master Classes by renowned interpreters and pedagogues such as Igor Istrakh, Karl Suske, Salvatore Accardo or Gidon Kremer. He has worked regularly with the legendary violinist Ivry Gitlis, who became his main mentor. Since its debut in 9 years, many have been recognitions and awards that have distinguished their career, such as the first prize of the National Violin Competition of Lutsk or the first prize of the Violin International Competition Karol Lipinski. He is the soloist of the Lviv Symphony Orchestra, with which he has performed various concerts for Europe. As a soloist he has performed regularly in many of the symphonic orchestras and chamber orchestras in his country, including the Filarmónica de Uzhgorod Orchestra, the Yvano-Frankievsk Philharmonic Orchestra, the Odessa Philharmonic Orchestra, Ukrainian Television and Radio Symphony Orchestra, Kharkov Philharmonic Orchestra or the Kiev Chamber Orchestra. He is currently part of the “Duo Leopolis”, as well as the “Granados Piano Trio” and is concertino soloist of the Orchestra of the Society of Barcelona concerts OSCB.