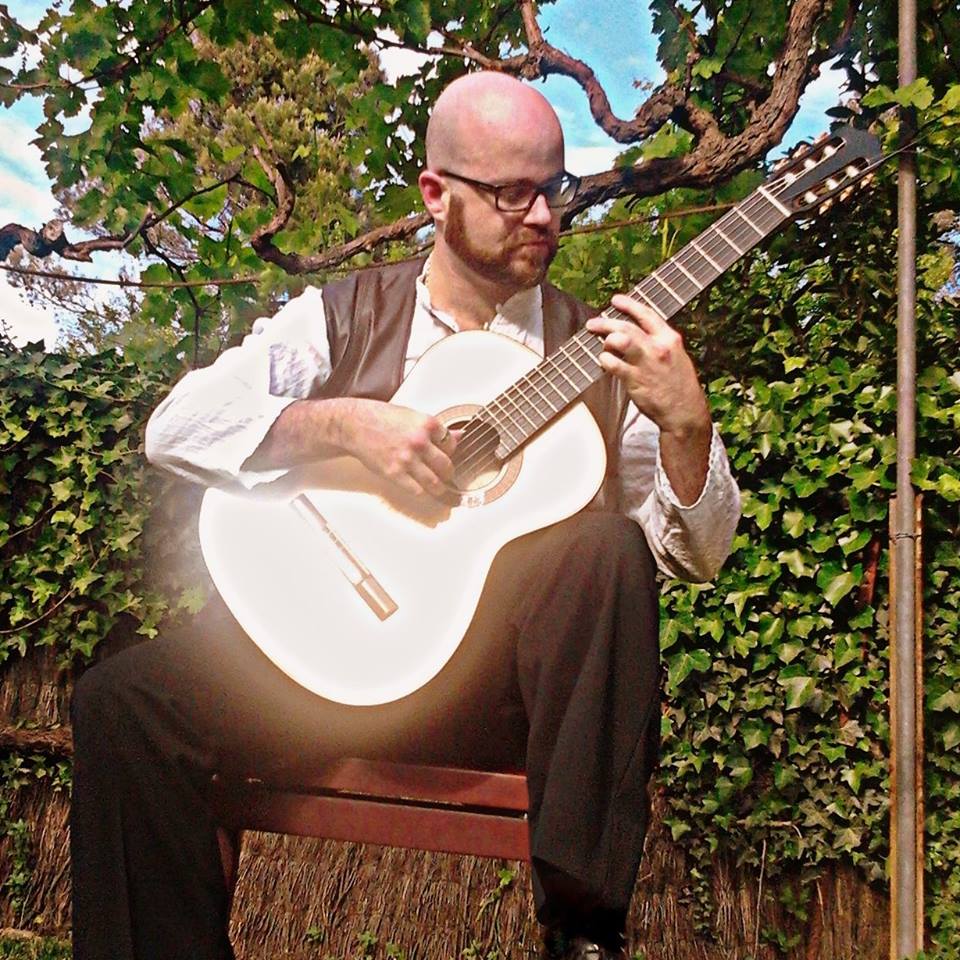 Born in Palma de Mallorca, where he began his guitar studies with maestro Pere Fiol. Later he moved to Barcelona to continue his education where he spent some years as a student of María de Lluc Coli.

He studied at the Luthier School with the teacher Sadahiro Otani and later the Grade   Superior of Interpretation at the Superior Conservatory of Music of the Liceu under the tutelage of Guillem Pérez-Quer, achieving the level of excellence. He has performed concerts and recitals all over Spain and is a member of the Guitar Quartet of Figueral and Vounó Duo along with Ferran Planas (guitar-sax). He has played on several occasions as soloist directed by Jordi Montoliu with the Chamber Orchestra of Sabadell and has also been a soloist along with Jose Galeote at the Palau de la Música accompanied by the Filarmónica Iberia Orchestra directed by Cesario Costa. He has received masterclasses from renowned teachers such as Carles Trepat, Leo Brouwer, Michel Grizard and Yorgos Arguiriadis, among others. He currently combines his concertistic career with the teaching he has been doing for more than 15 years.

Titles where you teach